And here’s the great news!  In Connecticut they allow you to vote on behalf of other people, too.  You know… folks who can’t make it to the polling place.  Not only that, I got to vote for folks who live in other States!  Further, besides providing us with ballots from any county in any State, we are also given as many envelopes and stamps as we need to mail the ballots in!  I have been busy voting for better than a month. I’m telling you, Connecticut is a super great State!

I have 20 cousins (who have given me power of attorney to cast votes on their behalf) who all live in that Arizona County where that Sheriff is running for re-election.  I think you know who I’m talking about. Anyway, my cousins tell me they love the weather in Arizona and I should consider moving down.

I also have 14 Fraternity Brothers living in Florida, each has assigned me voting rights.  Although one died this past March.  No matter, it’s somewhat of a secret.

And then there is my Sister Blanche who has retired to North Carolina.  Before I could cast her ballot, the majordomo of the League of Women Voters demanded that I produce a photo of her.   Then (roll my eyes), I had to go into a long winded explanation on how Blanche likes to wear dinosaur suits, and she was afraid that she was going to get hassled by meat eating dinosaurs at the polling place. Well, we’ve all heard about voter intimidation.  Here’s a picture of Blanche. 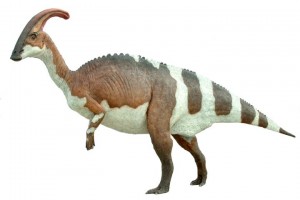 And then there is my Grandma Esther.  She has voted in every election since Chester A. Arthur was placed on the ballot.  She said, and I quote “He went to Union College!”   The voting operatives in Woodbury demanded to know if she was a citizen and I assured them that she was a solid American!  Born in Bialystok, Connecticut.  I then had to explain that Bialystok was a tiny hamlet in northeast Connecticut and neighbored Warsaw, Connecticut. I was given the thumbs-up!

On election day, Grandma is good for polishing off 3 or 4 six-packs of suds.  She insists on drinking only Imported beer… imported from St. Louis!

Esther owned a duplex on Central Park West, and made a habit of using the hansome cabs for target practice.  She now lives in New Hampshire. 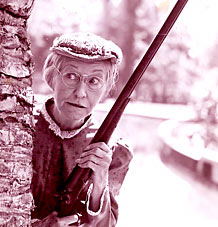 All the candidates have been talking about “getting out the vote”.  Well, in Connecticut we take such encouragement to heart!  And what’s all this jazz about voter fraud?

This entry was posted in Politics. Bookmark the permalink.